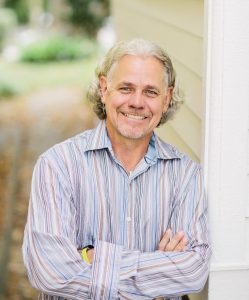 You want to make a difference.

Rus Ervin Funk, MSW, CSE is a consultant, trainer and activist specializing in working with organizations, campuses and communities. His efforts focus on helping create systems level transformation that enhances the ability to meaningfully support men and boys, in ways that promote and advance gender, sexual and racial equity and justice.

Rus is a long-time activist and community organizer focusing on anti-racism, and gender justice. He has more than 30 years experience in mobilizing men to end gender based violence, providing therapeutic and other support services to men and boys, and working with communities, campuses and organizations. Rus focuses on integrating intersectional practices in his efforts.

He is the co-founder of DC Men Against Rape (now Men Can Stop Rape, Inc.), MensWork: eliminating violence against women, inc., the Own It Initiative (a project of the Center for Women and Families), the Ohio Men’s Action Network, White Folks Against Racism, the People’s Coalition for Justice and much more.

Rus serves on several national and transnational boards. He is  a co-founder and currently serves as Secretary of the Board of the National Center on Sexual and Domestic Violence is a co-founder of the North American Men Engage Network (NAMEN – a US and Canada network of efforts to engage and organize men to promote gender equality and gender justice) a where he currently serves as Chair of the Policy Advocacy Committee, is co-founder of the Intimate Partner Violence Council and much more.

Rus has worked with the state of Kentucky on an effort to establish meaningful access for men and boys at all domestic violence agencies, the Indiana Coalition Against Domestic Violence on efforts to engage in men in supporting safe and nurturing environments, with Metro Louisville to develop a comprehensive efforts to intervene and prevent men from sexually exploiting women and other men, and as a trainer with the Office for Victims of Crime.

Rus is currently working with the New York State Coalition Against Domestic Violence to develop the “Because We’re Dads” Campaign; The Ohio Domestic Violence Network to develop a series of programs on supporting Fatherhood efforts; the MenEngage Alliance on developing tools based on their current Symposium; and with the Metro Louisville “Community Shield” Initiative on a community assessment to improve their ability to meaningfully meet the needs of children who have been exposed to violence.

Rus has also written extensively. In 1993, Rus wrote the first book in the US, by a man, for men about stopping rape (Stopping Rape: A Challenge for Men, New Society Publishers).

Rus lives in Louisville, KY with his partner, their 11-year old child, and cat who belongs to himself. He enjoys writing, baking, tending his roses, bike-riding, hiking, and photography.

A History of Success