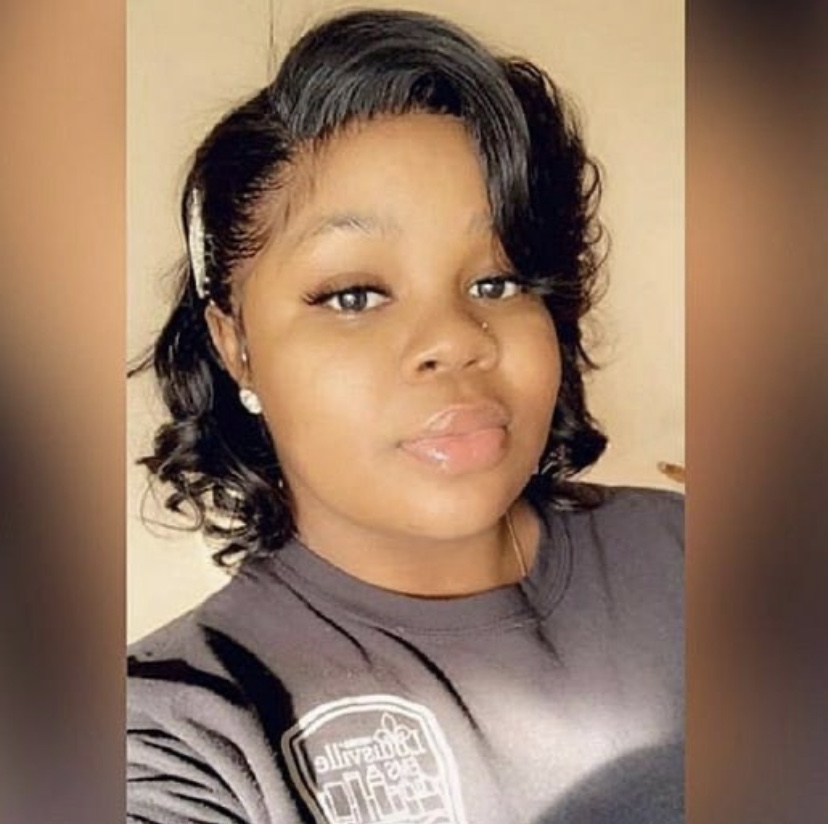 Black Lives Matter and the Killing of Breonna Taylor

In March 2020, three white police officers, with a “no-knock warrant” burst into the apartment of Breonna Taylor after midnight. Ms Taylor, who was with her boyfriend, woke, reportedly, to the sound of police banging on her door. According to her boyfriend, the police did not identify themselves before breaking into the apartment  He shot once at the officers, in his mind, in self-defense; and the police responded by firring upwards of 30 rounds of at the two of them.  According to reports, they were standing in a narrow hallway between the door and the bedroom. Ms Taylor’s boyfriend was not hit as the bullets flew, nor did he return fire.  Ms Taylor, however, was hit by five or six bullets, the first one being the one that killed her.

In Sept. 2020, the Attorney General of Kentucky and a Grand Jury charged one of the police officers with three counts of 1st degree wanton endangerment – for firing into the adjacent apartments.

The murder of Ms. Taylor has become a part of the national uprising for Black Lives Matter. But it also exposes ways that gender matters.

Firstly, the reasons for the search warrant are abit unclear – it appears to be largely based on the fact that Ms. Taylor’s former boyfriend was suspected of dealing drugs (he was, in fact arrested earlier that evening). As Beth Richie has explored in her groundbreaking book Compelled to Crime, women are a) disproportionately drawn into criminal activity (consciously or not) by their male partners actions, behaviors, abuse or manipulations and b) women are often dealt disproportionately severe responses and sanctions by the  criminal legal system.

I do not mean to imply that Ms. Taylor was engaged in criminal behaviors – I don’t know. And we never will because of the actions of the police. My point is that because of gender bias of the criminal legal system and likely of the three male officers involved, they were likely pre-disposed to treat Ms. Taylor more severely than they would a man in a similar situation (the ex boyfriend of a woman suspected of dealing drugs).

The shooting also raises suspicions of gender bias.  Police officers spend hours of training in the gun range, involving any number of possible situations in which they draw their weapons and fire. In any of these trainings, they are trained to identify and target the threat – often in ways that reduce the threat to bystanders. However, in this situation, there is no evidence that Ms. Taylor had a weapon (her boyfriend had a gun and fired one shot). These three white-male police officers shot 30 rounds down a narrow hallway and somehow missed him completely and hit her five or six times.  It seems worth asking how did gender bias and sexism intersect with racial bias and racism, interact in these three white male officers to shoot and kill Ms. Taylor?

Seeking and striving towards racial justice is essential to moving our country (and in fact the world) forward in any meaningful way, But to be truly just, our efforts for racial justice need to integrate gender justice. Which means exposing not only the racial bias and racism of our various systems and the people within these systems, but also the gender bias, sexism and homophobia that is also built into these systems, and normalized within the people within these systems.